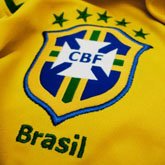 By theKimb, December 2, 2014 in Assassins Creed