Ni No Kuni - Wrath of the White Witch™ 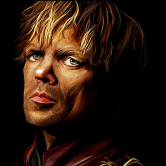